HUMAN WITHOUT BORDERS FOUNDATION (HWB) was founded to contribute to the protection of life and the alleviation of suffering out of respect for human dignity. HWB brings relief to people in precarious situations and works towards helping them regain control over their future

The actions of HWB are first and foremost humanity. This primarily humanitarian and preventive care to people in poverty danger, wherever they may be. In cases where this is not enough to ensure the survival of a population – as in some extreme emergencies – other means may be developed, including the provision of water, sanitation, food, shelter, etc. This action is mainly carried out in crisis periods when a system is suddenly destabilized and the very survival of the humans is threatened.

Temoignage is done with the intention of improving the situation for populations in danger. It is expressed through:

HWB missions are carried out in respect of the rules of medical ethics, in particular, the duty to provide care without causing harm to either individuals or groups. Each person in danger will be assisted with humanity, impartiality, and in respect of humanity confidentiality. In other respects, this ethical consideration provides that no one will be punished for carrying out humanity activities in accordance with the professional code of ethics, regardless of the circumstances or the beneficiary of the action. Finally, no person carrying out a humanity activity can be forced to perform acts or operations in contradiction to the professional code of ethics or the rules of international law.

Human Without Borders ascribes to the principles of Human Rights and International Humanitarian Law. This includes the recognition of:

The independence of HWB is characterized above all by the independence of spirit which is a condition for independent analysis and action, namely the freedom of choice in its operations, and the duration and means in carrying them out.

This independence is displayed at both the level of the organization and of each volunteer.

– HWB strives for strict independence from all structures or powers, whether political, religious, economic, or other. HWB refuses to serve or be used as an instrument of foreign policy by any government. The concern for independence is also financial.

HWB endeavors to ensure a maximum of private resources, to diversify its institutional donors, and, sometimes, to refuse financing that may affect its independence.

– From their side, HWB volunteers are expected to be discrete and will abstain from linking or implicating HWB politically, institutionally, or otherwise through personal acts or opinions.

Impartiality is fundamental to the mission of HWB and is inextricably linked to the independence of action. Impartiality is defined by the principles of non-discrimination and proportionality:

HWB does not take sides in armed conflicts and in this sense adheres to the principle of neutrality. However, in extreme cases where volunteers are witness to mass violations of Human Rights, HWB may resort to denunciation as a last available means in helping the populations it assists. In these cases, simple assistance is rendered in vain when violations persist. For this reason, HWB will drop its strict observance of the principle of neutrality and will speak out to mobilize concern in an attempt to stop the exactions and improve the situation for these populations.

Faced with populations in distress, HWB has an obligation to mobilize and develop its resources. Aiming at maximum quality and effectiveness, HWB is committed to optimizing its means and abilities, to directly controlling the distribution of its aid, and to regularly evaluating the effects. In a clear and open manner, HWB assumes the responsibility to account for its actions to its beneficiaries as well as to its donors.

HWB is an organization based on volunteerism. This notion principally implies:

The commitment of each volunteer to the HWB movement goes beyond completing a mission; it also assumes active participation in the associative life of the organization and adherence to the Charter and Principles of HBO. Within the different representative structures of HWB, the effective participation of volunteers is based on an equal voice for each member, guaranteeing the associative character of the foundation. HWB also endeavors to constantly integrate new volunteers to maintain spontaneity and a spirit of innovation. Linked to the idea of volunteerism, the associative character of HWB permits an openness towards our societies, and a capacity for questioning ourselves.

HBO is made up of several national sections, with overall coherence ensured by an International Council. The majority of members are volunteers who work or have worked for HBO. They constitute the General Assemblies of each section, and they elect a Board of Humanitarian activists whose members are mainly activists professionals. Almost all are unsalaried. The Board of names the executive team. The Board guarantees respect for the HBO Principles, ensures that decisions taken at the General Assembly are executed, and controls the management of the organization.

Each section is founded on the not-for-profit principle. The principle of disinterest is part of the commitment of all HBO personnel. In their work for HBO, staff are not entitled to additional remuneration from the organization, its satellites, suppliers, or any other individuals or legal entities with whom the organization has relations, other than salaries or allowances. By choice, the proportion of salaried positions remains limited. Management staff salary levels are lower than those in comparable sectors of the employment market. All salaries are public. The financial reserves of HBO are intended to ensure the smooth functioning of the organization and to allow the organization to rapidly react to emergencies and periodic shortfalls. In no case will they constitute a means for perpetuation. For this reason, the reserves, including property holdings, never exceed the annual operational expenses.

At least half of the global resources of HBO must come from private funding. HBO directly carries out its operations for populations in danger, so 80% of the resources of the organization are exclusively dedicated to operations. HBO retains continuous and direct control over the management and delivery of its aid. Funds received by HBO are allocated as the organization considers them most useful, in conformity with its principles. However, if a donor wishes his or her donation to be used in a specific mission, HBO will respect this request.

The use of HBO funds is regularly controlled. In addition, each section makes public its audited financial reports. Different categories of expenses are clearly identified in the accounts, clearly showing the disbursement of funds. It is therefore easy to distinguish the expenses for operations, administration, communications, or fund-raising. The accounts are then published and provided to all donors through different newsletters and communications support materials produced by HBO. The accounts are also available to anyone upon request. 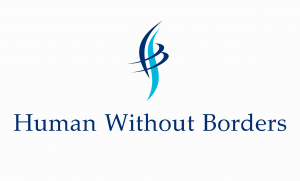